The bell was bought in an auction, over 40 years ago and was described as the Mill Street bell. Some items at the auction were from the home of the Edwards family.  The auctioneer described the bell as the bell used by the Mill Street Mission on a daily basis, as an announcement to proclaim the soup kitchen open.  It is possible that a "Comraids Hall" was opened after the war, next to the Mission.  The hall was set up to encourage soldiers, many of whom could not find work, to come to the hall rather than to the pub.  The bell was possibly used to let people know when refreshments were being served.

The bell has been donated to the Mill Street Memories project. 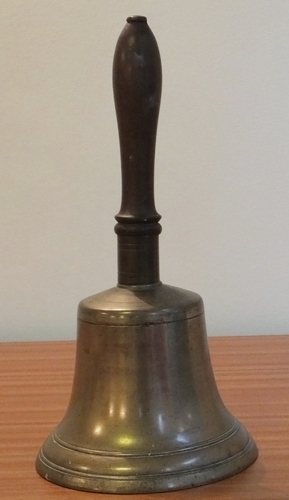