The Mill Street area of the parish of Fordington, always the poorest part of Dorchester, was called Mixen Lane by Thomas Hardy in The Mayor of Casterbridge. The network of crumbling damp cottages, alleys and streams and ditches of the river Frome was the refuge of down and outs, vagabonds and rogues in Hardy’s story which was set at the time of the 1840s.

Clearance of the area by the town council began in the 1950s. The ancient pattern of streets and alleyways was replaced by houses, blocks of flats with communal open space.  Only the Old Mill, the former Victorian Swan Inn and three of the original cottages, now refurbished, remain on Mill Street.

The Mill Street Memories project aims to collect memories, stories, photographs and record local history about this distinctive place. It will help future generations visualise the day-to-day life of the people who lived in the area.  Recorded stories and other historic material will be saved and available to all at the Dorset History Centre.

The Mill Street Mission was started in 1905 by Alfred Edwards in a pair of thatched cottages on Mill Street. The cottages were rebuilt in 1929 by a larger brick building together with a corrugated iron shed that became a mission hall. Bible readings and  prayer services were attended by men and women dressed in their Sunday best who sat on segregated sides of the hall. Sunday school classes had 70 to 80 children at each session. Some elderly residents who are taking part in the project will be sharing their memories of going as children to Sunday school in the mission hall.  Over the years a Youth Fellowship, a Men’s Club, a Women’s Meeting and a Scout troop flourished.  A bath house, clothes washing facilities and a soup kitchen were provided.

With the town council’s clearance programme and the removal of the people from Mill Street to other parts of Dorchester, the size of the congregation dwindled and the original need for the mission no longer existed.  The building was taken over by St George’s Church council and used as a youth and community centre.  The last service in the mission was on 5 March 1961.

To fund the Mill Street Memories project, an application was made to the Heritage Lottery fund.

The bid has been successful and the project has received a lottery grant of £7,500.  Symonds & Sampson, John Stark & Crickmay Partners and The Mill Street Housing Society have also contributed to the project’s funding.

The Thomas Hardy Society, the Dorset History Centre and the Dorchester Association sent letters of support for the project.

The Mill Street Housing Society has a collection of old photographs which capture unforgettable images of the end of the Victorian period and the way of life of the local people including many of the work of the mission.  It is thought that Alfred Edwards was the photographer.

In October 2014  a “photo afternoon” was organised at St George’s Church Hall, Fordington.  More than seventy people attended and enjoyed looking at the photo collection and meeting with others who live or lived in the area.  The social element to the project is as important as the outcome of the historical research.

Another well attended meeting was held in February 2015.  Jon Callan, a local reowned glass restorer has removed the round coloured glass window from the old mission hall.  He explained to the meeting how he will bring the window back to life.

Jon has worked  on many windows including Chapel Court windows at Hampton Court Palace and is the glass adviser to the Salisbury Diocese.

Two information boards with interactive apps were sited in Mill Street, one showing the old street plan before the area was slum cleared.

A Town Trail was written and published.

Volunteers collected stroies from people who remember the "old days" in Mill Street.

An exhibition to celebrate the project took place in November 2015.  Over 600 people visited, enjoying the displays, watching the slide show of the photographoc collection, meeting friends and sharing stories over tea and biscuits.  Scool children from the Middle School visited and completed a quiz.  The day had a party atmosphere and many people asked for the display to be put on again.

Images from the exhibition

David Forrester, author of Fordington Remembered completed his book, Mill Street Dorchester, Thoms Hardy's Mixen Lane was published in November in which he records the history of Mill Street with photos and exerts from the collected stories.

David Forrester and Rupert Edwards, Chairman of the Mill Street Housing Society and granadson of the founder of the mission and Housing Society presented His Royal Highness, the Prince of Wales with copies of the books. 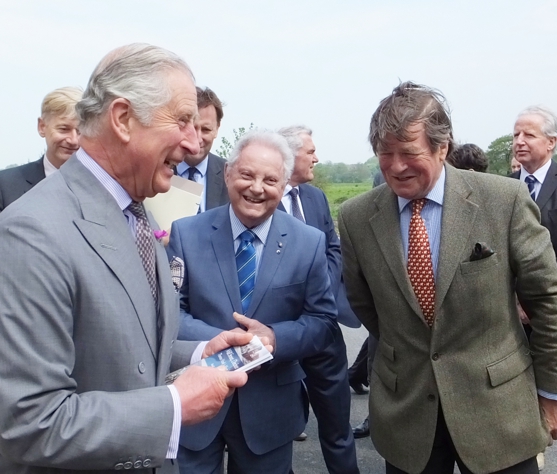 A blue plaque was commissioned to honour Alfred Harman Edwards.

The plaque was placed on Edwards Court in Mill Street which is situated near the site of the old Mission.

Rupert Edwards, Chairman of the Society and grandson of A H Edwards and Sir Philip Williams, President of the Society unveiled the plaque on 18 October 2017. 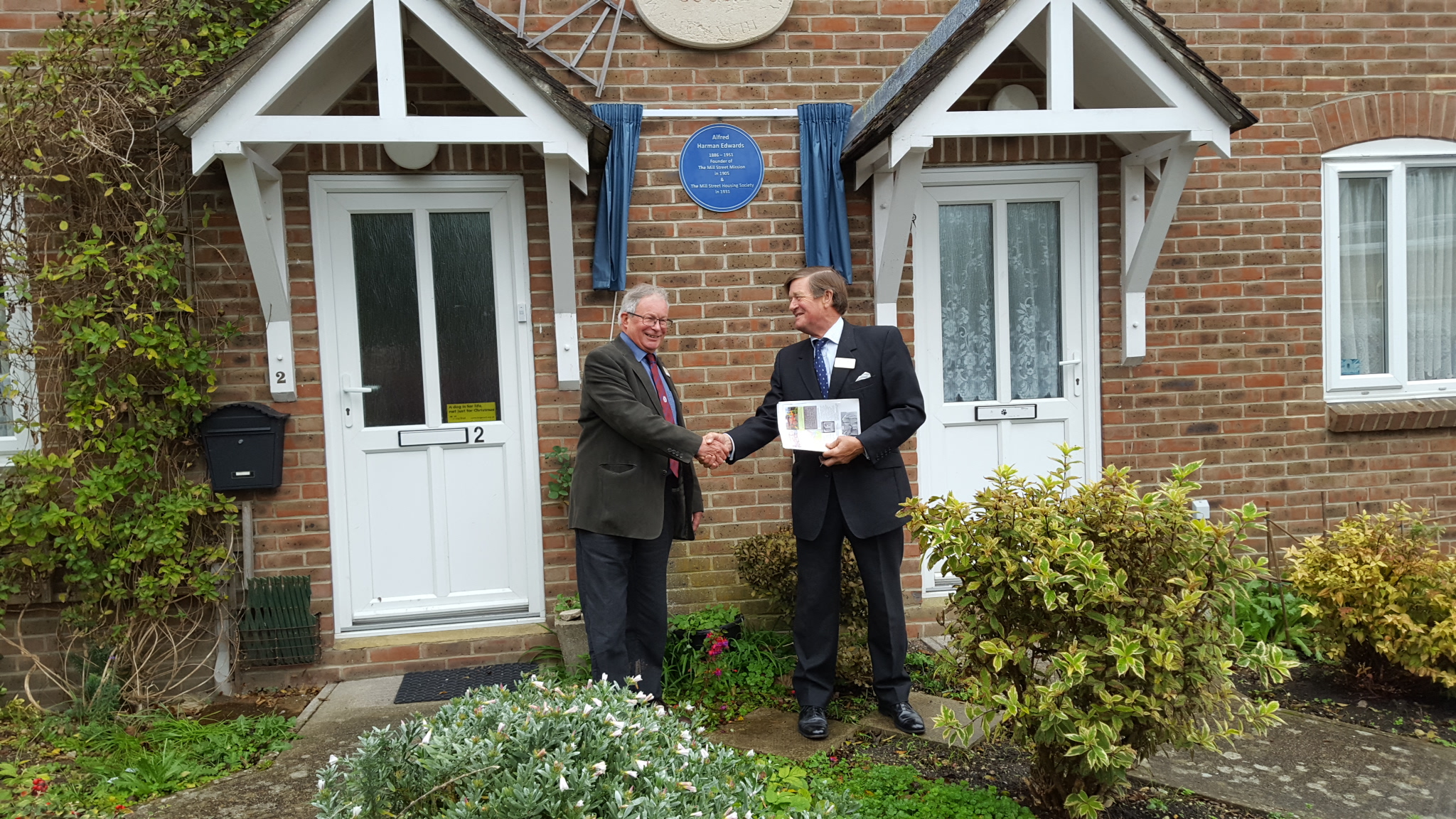